Then Again, He May Not

It’s still early, but Lucas May is emerging as a leading candidate to win the Brad Emaus Award and graduate from a number in the 60s to something resembling a big-league uniform when training camp breaks. You may recall Emaus last year arrived in camp wearing No. 68 and left wearning No. 4. (Then busted and was subsequently sent away, but that’s another story).

May, whom the Mets acquired as a minor league free agent this offseason, so far in his career had but a cup of joe in Kansas City two years ago and previously toiled as a minor leaguer with the Dodgers, who drafted him as an infielder in 2003, and more recently, the Diamondbacks. Among catchers competing for a reserve job in Mets camp this year, the right-handed hitting May is perhaps the best offensive threat among them, a skill he showed this afternoon with a ringing two-run double off the Marlins’ Carlos Zambrano. Young incumbent Mike Nickeas and veteran Rob Johnson, also right-handed, are considered defensive specialists and could have an edge considering weak gloves at several other positions including the presumed No. 1 catcher (Josh Thole) as well as a thin pitching staff that could use any edge it can get. Vinny Rottino can hit, alledgedly, but he’s more of a utility cornerman who packs a catcher’s mitt in case of emergency. If Rottino makes the team, it’s unlikely to be at the expense of the any of the aforementioned candidates.

In May’s favor currently is the well-being of Scott Hairston, the only other right-handed bench candidate who can hit a little (Justin Turner a little too, but I don’t see how he fits in unless injuries strike Wright, Davis or Murphy). May’s current number assignment is 62 although 16 (Johnson’s assignment), 33 (Rottino’s) and the vacant 1 and 9 would look to be decent landing points from this distance.

The Hairston injury (and Andres Torres’ soreness, you never know with these 30-somethings) may well also affect the outfield makeup too. It certainly looks better today than yesterday that Adam Loewen and/or Mike Baxter make the squad, and then there’s the specter of Kirk Nieuwenhuis, the young outfielder the Mets hope they won’t need so soon. Should he make the club, the Emaus Award is all his. He’s wearing No. 72.

Put it in the Books!

Just a note to say thanks for keeping me up-to-date while I was away, the roster changes have been noted and they sure seem to be working. At the risk of getting in the way of this little roll we’ve got going on here tonight’s game was about as inspiring a win as I can remember for the Mets in a few years at least and even though it’s very early, it’s great to see they have this in them.

For the record I’ve got Justin Turner in No. 2; and the Jasons: Pridie in 20 and Bay in 44: not to mention Isringhausen in 45. Brad Emaus who looked for a moment like he might have been Dan Uggla but instead played like Dan Ugly, gives up No. 4, while Angel Pagan and Bobby Parnell look to heal physically.

Looks like Rule 5 acquiree Brad Emaus is going to win the starting second-base job with the Mets, and I’m OK with that. I had zero confidence in Daniel Murphy’s ability to hold down the fort defensively, and, although I have hopes he’ll be a useful bench player for the Mets, I’d sure like to see him regain those life-or-death intentions he had at plate back when he debuted with the Mets in ’08.

Emaus apparently told some radio interviewers that he’d ditch the unseemly No. 68 he’s been wearing in Spring for the more dignified No. 4 should he make the squad. That number belonged to longshot infielder Russ Adams this spring, to Henry Blanco last year, and to a long line of stinky short-timers before you get to Robin Ventura’s dignified reign from 1999-2001. Until then, No. 4 was one of the better numbers in Mets history, having been shared by Ron Swoboda, Rusty Staub and Lenny Dykstra, not to mention Bruce Boisclair. So here’s hoping Emuas has more Nails in him than Wood(ward).

In the meantime that minor-league assignment Mets fans clamored for Oliver Perez to take will finally happen, but happen for the Nationals, who signed the disgraced lefty to a bush league contract after the Mets finally cut ties with him on Monday. You could look it up: I was in favor of Perez’ signing in ’08, and might do it again. (Dig also my prescient take on the closing situation, what a disaster that ’08 offseason became). I think Ollie’s issues were physical, coming into camp out of shape in ’09 leading to knee troubles from which he never really recovered physically. I think the whole circus of the attempted minor-league assignment and subsequent doghousing was handled poorly last year, and I wish that instead of burying the guy and playing shorthanded for half a year, they’d have just given Perez enough rope to hang himself last summer and avoid the depressing death watch this Spring Training became.

Perez departure makes the dreaded No. 46 available again but I’d be surprised to see it issued for awhile, and it’s just as well. 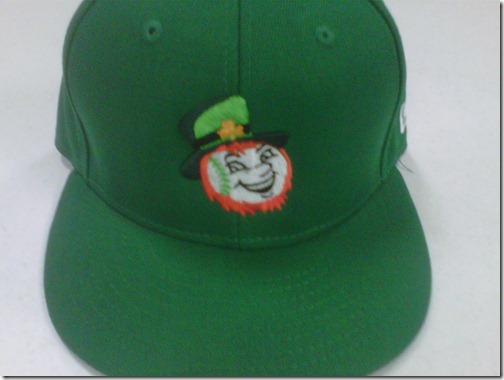