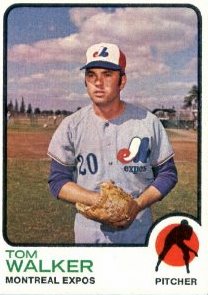 Interesting day out in Nashville, no?

No sooner had Ben Zobrist left the Mets at the altar they turn around and score with a lookalike in Pittsburgh’s Neil Walker, then go out and buy another infielder, Asdrubal Cabrera.

Interestingly enough, Walker, like Zobrist, is a longtime wearer of the No. 18 jersey so little changes with regard to the prediction that coach Tim Teufel needs to find another number. The Cabrera signing in the meantime would seem to portend an end to Ruben Tejada‘s Mets career — a moment I mentally prepared for at least two years ago — which would free up Teufel’s playing-career No. 11 should he want it.

Walker as you know cost the Mets their all-time No. 49, Jon Niese, in a deal that also essentially ends the Mets lifetime for their all-time No. 28, Daniel Murphy. I strongly associate the two of them (and Bobby Parnell, also a likely goner) as the best remainders of the Omar Minaya Era, all three adequate major league players jettisoned before they got too expensive.

In their defense, that also describes Walker and Cabrera, a new middle infield combination likely to outhit their predecessors, and maybe out-field them too. I say “maybe” because I haven’t found much supporting Cabrera’s D even though I can’t recall ever having watched him closely myself, while there’s been rumblings from Pirates fans over Walker’s limited range at second base. If so, the Mets are giving me something less than I’d hoped while patching up the team: that is, give themselves a better chance through better fundamental play at key spots. At least they’ll hit more.

Cabrera you won’t be surprised to learn is a Venezuelan shortstop who favors No. 13: That jersey is technically available while Jerry “I broke my arm twice” Blevins tests the free agent market.